As the nation matured the role of the federal government vastly expanded to include intrusion into almost every aspect of a citizen’s life. Call me a Libertarian for being annoyed with this.

Uncle Sam’s ubiquitous influence in our daily lives is about change. President Trump’s campaign declarations, followed by his cabinet picks clearly indicate the sheer number of government rules and regulations will be reduced.

This news, as you’ve likely noticed, has been met with a collective howl and hand-wringing about “billionaire cabinet secretaries” undoing decades of federal safeguards. But let’s take a minute to think about it a different way.

What if this new breed of economically savvy appointees brings fresh eyes to the bloated bureaucracy, actually finds ways to release the federal government’s stranglehold and allows states to decide what’s best for their own citizens?

Take the example of what the new Attorney General, Jeff Sessions, said recently about the Department of Justice’s past practice of monitoring local police departments after citizens’ complaints and excessive numbers of officer involved shootings.

“We need, so far as we can, in my view, to help police departments get better, not diminish their effectiveness.” Mr. Sessions said in a speech to the National Association of Attorneys General. “And I’m afraid we’ve done some of that. So, we’re going to try to pull back on this, and I don’t think it’s wrong or mean or insensitive to civil rights or human rights.”

Talk to any police group that has been subjected to federal monitoring and they’ll tell you the minute the DOJ investigators arrive their department’s morale plummets. Officers pull back on efforts to keep neighborhood peace for fear they will be become targets. They shun overtime and stay away from their usual extracurricular community activities. How does any of that help enhance public safety? This administration apparently believes there is a better way to keep rogue officers and departments in check than sending in Big Brother types from Washington to monitor their activities.

I can’t wait to learn, for example, what their plan is for Chicago. During the closing days of the Obama term the DOJ released a massive and scathing report about what it called long standing “systemic deficiencies” and civil rights abuses at the Chicago PD. There was a plan for federal monitoring to be put in place to guide the department in the way Washington saw fit.

Well, AG Sessions has let it be known he wasn’t impressed with the DOJ’S Chicago report so what happens next in that murder-plagued city? Mayor Rahm Emmanuel better get busy figuring out some creative solutions for his city.

Yes, this Department of Justice is obviously marching to a different drum than the last one. I’m not convinced it is all bad.

AG Sessions, seemingly taking a cue from James Madison, sees his mandate as a protector of the nation as a whole. He’s promised to focus on attacking the vast drug routes that crisscross the United States, helping to stop the flow of illegal immigration into the country and addressing the rising murder rate seen in several major U.S. cities.

Obviously, Sessions and President Trump agree that the federal government should step aside and let states sort out their unique civil rights issues – transgender bathroom laws in Virginia, for example, or a voter ID case in Texas.

The very term “state’s rights” has the hand-wringers squawking about a return to the days of crippling discrimination. With no federal involvement, their thinking goes, the United States will dissolve back to an era of rampant racism, sexism and intolerance. Really? Just because the feds now plan to concentrate on the bigger picture and let states tackle their own problem all the progress we’ve seen so far dissolves?  I don’t buy that. That kind of thinking overlooks society’s positive shift in racial, sexual and political attitudes and the vast complex of laws (both civil and criminal) and other remedies we’ve put in place. 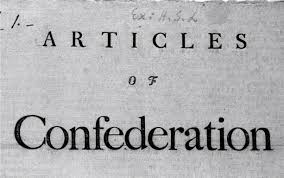 From the inception of this nation – going way back to the Articles of Confederation — there has been language setting forth state’s “freedom, sovereignty and independence” from the federal government. Somewhere along the line states began to turn to Washington for help in solving their problems. I’m thinking it’s time to reverse that trend and demand more of our local elected officials.

Who’s better to tackle your community’s problems? Some nameless, faceless bureaucrat from Washington or someone you can demand be removed from office if they don’t do the job?