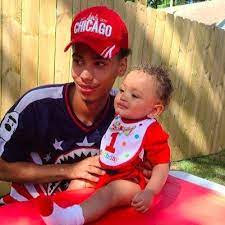 The season for potentially violent street protests is upon us, sparked by the latest police shooting of a Black man in a suburb of Minneapolis, Minnesota. Officers in Brooklyn Center, Minnesota pulled over a car because it had an expired registration tag. They discovered the driver, Daunte Wright, 20, also had an outstanding warrant, reportedly, for carrying a gun without a permit and running away from police last June. … END_OF_DOCUMENT_TOKEN_TO_BE_REPLACED