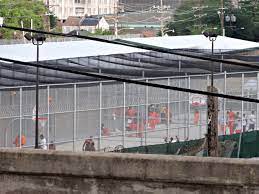 The idea behind prison is to rehabilitate the redeemable criminals and lock away for life the truly evil ones.When the pandemic began to ravage the nation’s prisons Congress passed a provision in the CARES Act allowing sickly and non-violent inmates who had served most of their time to be released. After careful vetting, the Bureau of Prisons (BOP) released about 24-thousand federal prisoners and allowed them to serve their time under … END_OF_DOCUMENT_TOKEN_TO_BE_REPLACED

When the US/Mexican border is breeched its not just immigration that's affected. There's an uptick ...