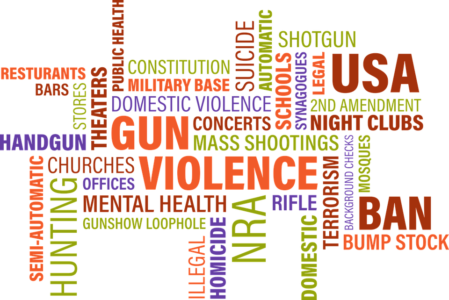 Want to reduce the number of mass shootings in the United States? Then let’s ramp up efforts to stop domestic abuse. Just as a red flag is raised when a child tortures animals, often a precursor to later criminal behavior, there is plenty of evidence that mass shooters display red flag behaviors, like aggression and violence against women and children, before they ever pick up a gun and start hunting fellow human beings. … END_OF_DOCUMENT_TOKEN_TO_BE_REPLACED

The courts have unleased a criminal element on vulnerable seniors. The system that is supposed ...

One Way Politicians Can Start to Regain Voter’s Trust
February 22, 202125

Politicians are privy to all sorts of secret information. What if they use it to ...

The death penalty in the United States is on the verge of being snuffed out. The ...

In 2020 murders were way up, so were suicides, domestic violence, substance abuse and mental ...

Immigration: Is it Wrong to Think About What’s Best for the United States?
February 1, 202134

Desperate refugees from Central America are on the way to the US after POTUS's order ...