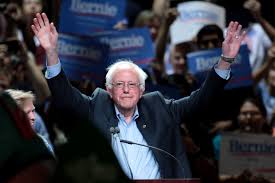 So democratic presidential candidate Senator Bernie Sanders wants to give all prisoners the right to vote. He said so during a recent campaign speech, much to the surprise of many. I was among them. Sanders believes “the right to vote is inherent to our democracy” and even “terrible people” like the Boston Marathon bomber should be allowed to participate.  No other democratic candidate has gotten behind this idea, although several have said … END_OF_DOCUMENT_TOKEN_TO_BE_REPLACED