It’s a scientifically proven type of crime fighting that is banned in all but a handful of states. The question is why aren’t more crime labs using it?

It’s called familial DNA testing and it has been widely restricted because it is seen, by some, as an invasion of the privacy of innocent people.

Others remain convinced that since this type of DNA test solves crimes, even bringing notorious serial killers to justice, it is justified. You decide.

Routine DNA testing takes crime scene samples of blood, saliva, semen, skin cells and other bodily remnants and runs them through a national FBI data base called CODIS to see if the unknown perpetrator’s DNA is already in the system. If no match is found the next step could be a familial DNA test. Here’s how it works.

The CODIS system is the largest DNA registry in the world containing profiles on more than 14 million individuals.  So, say a man was arrested in the late 90’s for assault with a deadly weapon and was required to give a DNA sample. His DNA profile would automatically have been added to the CODIS registry, stored there forever. If police were to recover DNA years later from, say, a murder scene, a familial DNA test could reveal whether the murder suspect came from the same family tree as the assailant. If the test were to find a familial match, police could then put a surname to the DNA material. Familial testing can even expose the familial relationship, be it a father-child or brother-brother match. 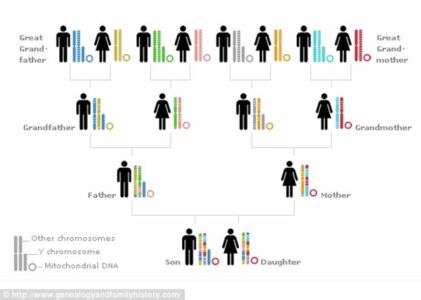 When a dogged detective in Wichita, Kansas finally zeroed in on Dennis Rader as the infamous BTK (Bind Torture and Kill) serial killer he wanted to make absolutely certain that he had the man who had murdered 10 people over a 30 year span. Rader had a history of taunting police with cryptic letters and, finally, with a floppy disc full of information about his murder spree. Lt. Ken Landwehr found data on the disc that led to a local church and an author named Dennis. He discovered the church council president was Dennis Rader. Landwehr then got a warrant to obtain genetic material from Radar’s daughter. After using a familial DNA analysis on her 5-year old pap smear test technicians concluded that the daughter’s DNA profile was a familial match  to the DNA left at a BTK murder scene. This gave Landwehr the evidence he needed to take the serial killer of off the streets. Rader pleaded guilty sparing the community a long, painful and expensive trial.

Familial DNA testing also brought a California serial killer to justice. For more than 20 years detectives had been looking for a perp nicknamed the “Grim Sleeper” named for the long spans of time in between his murders. When a young man named Christopher Franklin was arrested on a weapons charge in 2009 his DNA was routinely registered with CODIS. Later, during periodic re-checks of the Grim Sleeper’s DNA, a familial match popped up indicating Christopher was closely related. The conclusion was that Christopher was either the father of or the son of the serial killer. Officers followed Christopher’s  father to a pizza place and upon testing his leftovers got a familial match to the DNA from their crime scenes. Result: Lonnie David Franklin, 57, was convicted of 10 murders and sentenced to death.

There are hundreds more major and cold case crimes that have been solved using familial DNA testing both here in the United States and in the UK where the technique was pioneered. Yet criticism about the invasion of privacy issue continues.

Surely the Grim Reaper’s son gave up his right to privacy when he broke the law and was required to give a DNA sample. But what about the daughter of the BTK serial killer? She never could have imagined that her routine gynecological test would be used to convict her father of multiple murders and then be available in CODIS in perpetuity.

Advancements in forensic science force us to consider weighty issues. Should someone lose their right to privacy just because a family member becomes a criminal? Or does the public’s right to be safe in their community trump the rights of one person? The debate has kept most states from adopting laws allowing familial DNA testing, a procedure that has clearly been successful in taking dangerous citizens off the streets.

Study after study over the years has concluded that criminal behavior runs in families, either for genetic or environmental reasons. One study concluded that only 8% of families account for 43% of all crime. Armed with that knowledge doesn’t it makes sense that as a last resort we shake the family tree?

After all the complaints we’ve heard about the 2020 election wouldn’t you like to know ...