Serial killers, guns and the death penalty. Whenever I write about one of those topics my mailbox blows up.

Last week’s column about convicted murderer Dylann Roof and America’s policy of capital punishment — public support for it, the costs associated with it and its usefulness in deterring others – definitely stirred passions.

Some readers took to their keyboards to declare they are staunchly against the death penalty. As Ginny Oleskewicz Schwartz wrote, “Life in prison is better. Make them suffer just knowing they are there forever.”

Some wrote to tell me I’d neglected to mention why a death eligible case can cost up to $1 million more than others. Thank you to reader Paul Burnett, and others, for pointing out that it is not so much the housing and feeding of the convicted death row inmate. It is the slow pace at which the legal system works.

“Delays are behind the huge costs of our injustice system,” Burnett wrote. And he suggests defendants, “should be rapidly convicted and start paying for their crimes immediately or be enabled to continue living as productive citizens.”

Reader Bob Knowlton was among those supporting curbs on appeal times. As he put it, “The lengthy appeals process benefits who (besides the convicted killer?) Lawyers!” 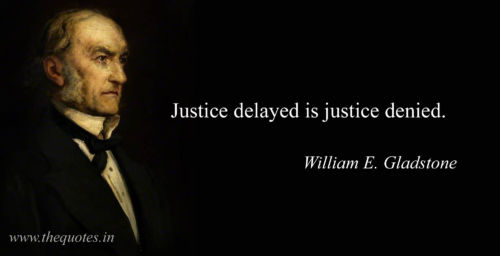 But the majority of readers – and, interestingly, they were all men – emailed me to explain why they think the death penalty is a necessary and useful tool to keep law abiding citizens safe.

Allen, a retired cop and former Army Military Police officer who worked at Leavenworth prison during his 27-year career said he learned from inmates that, “Their primary regret was getting caught … their constant focus was on where, when and how to commit their next crime when they were released.” Executing the worst of the worst of these criminals, Allen believes, “alleviate(s) society from the probability of having an intentionally violent career criminal take another life.”

Scott Hendrick from the Southern Justice Self-Help Legal Center told me, “Killing isn’t inherently wrong, murder is. If killing were inherently wrong (then) we wouldn’t arm the police or military.”

Death penalty advocate Dudley Sharpe wrote to chastise me on several points. Especially for repeating the statistic that 156 wrongfully convicted death row inmates have been released from prison since 1973. He simply does not believe the number even though it sprang from a report to the Congress and the U.S. Supreme Court and several other federal courts have favorably referred to the figure. Sharpe is also unhappy that I didn’t mention that white murderers are twice as likely to be executed than black death row inmates.

Reader Joel Davis says I should be less concerned about the possibility of wrongfully convicted defendants being put to death and more worried about inmates killed in prison. Citing Department of Justice figures from 2012 he concludes, “Every year there are an average of 8.4 murders in prison by UNEXECUTED murderers.”

I’m thinking that says more about prison guard’s ability to keep the peace than it does about moral, ethical or societal reasons for supporting the death penalty.

As for my mention that there is no evidence proving capital punishment deters other criminals from murdering, Lawrence Walsh reminded that you can’t prove a negative. “Capital punishment has NEVER stopped murder in the history of mankind,” Walsh wrote. “There is no way to prove this. Think about it.”

Yes, Mr. Walsh, you are correct.

Abe Parham put it more succinctly.  “The death penalty does not deter others from killing,” he said, “but it does a pretty damn good job on that first idiot.”

Reader Jerry Little isn’t so sure. He wrote to say that advances in DNA and other investigative technologies make it easier to prove guilt these days. “What that means is we need an express lane to the chamber to re-establish the deterrent effect of the death penalty,” he wrote.

Last week’s column really revolved around my own ethical struggle with whether to support capital punishment and under what circumstances. While I’m glad to share all these differing views on this important issue, I’m still not comfortable with the deliberate taking of a life – whether it be by a ruthless killer or our own government. Then I re-read a tweet I received from Shelly Nagle.

“Yes. Death for murderers! My sister was murdered & hidden in a hole for almost 14 years! Her killer received 7-14 years. NO JUSTICE!!!”

I researched the case of Nagle’s sister, Sherry, murdered by her father-in-law and buried on his Pennsylvania property. Kenneth Leighty left the mother of his three grandchildren to rot in the ground and the children thinking their mother had abandoned them. He didn’t get the death penalty and that seems like a shame.