This is not another column meant to revive the nation’s long fascination with Charles Manson. Countless articles have appeared about the evil and murderous mastermind and the seven murders associated with his name. This column is written to remind society what can create such a monster.

By now you have likely read about Manson’s uncaring teen aged mother and how, at a very young age, he was bounced around from inattentive relatives to Boy’s Town in Nebraska to juvenile detention centers.One story about his horrid childhood had his mother selling him to a childless woman for a pitcher of beer.  By 14, young Manson was living on his own, surviving as a petty thief. Wherever he went he was described as a discipline problem, charming in his own way, but trouble with a capital T.

1970’s America did not become captivated with Charles Manson because he was a cold-blooded killer.  In fact, there is no proof he ever murdered anyone. It was the power he held over his rag-tag followers and his ability to get them to kill for him – at two separate homes on two consecutive evenings in August 1969 – that mesmerized the nation. Manson and his bandmates looked like every other peace-loving hippie of the time but once arrested and paraded in front of the media the ugly reality set in. After the bloody facts of the Manson Family killing sprees became known something visceral happened. America got scared.

Gun sales soared in and around the Los Angeles crime scenes. Security guards and home alarms were in big demand. Author Joan Didion wrote that she believed, “the Sixties ended abruptly on August 9, 1969, at the exact moment when the word of the murders … traveled like brushfire through the community.”

A short time after the Manson Family’s 7-month long trial the FBI began to notice a frightening trend. They discovered that seemingly random murders shared specific characteristics. Young co-eds in locations across the country were being killed, young boys were disappearing in Cook County, Illinois and were presumed dead and bodies began to turn up in a riverbed in Rochester, New York. To the Bureau’s horror they realized they had multiple active serial killers at large. Among the names the FBI’s newly formed Behavioral Sciences Unit would later attach to the crimes: Ted Bundy  (the “Campus Killer” with at least 30 victims,) John Wayne Gacy (the “Killer Clown” with 33 victims) and Arthur Shawcross (the “Genesee River Killer” with 14 victims) to name just three. By some estimates there were hundreds of active serial killers prowling for prey across America in the 1970’s and 80’s. 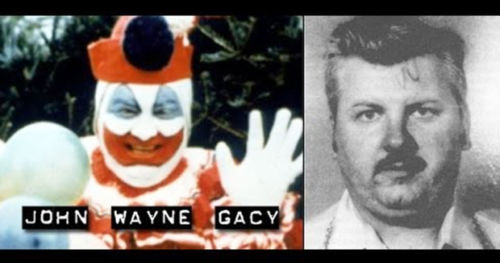 Did these men begin to kill so that, like Manson, they could bask in massive media attention? Or had they been so damaged by the difficult and abusive childhoods they were reported to have had that, like Manson, they developed into full blown, blood-lusting psychopaths? I’d go with the latter explanation but it could be a combination of the two.

There’s a considerable amount of information about the childhoods of some of America’s most notorious serial killers. Bundy was always told that his grandparents were his parents and when he finally learned his “sister” was really his mother he came to despise her and, apparently, all women. As a boy Gacy was routinely beaten and humiliated by his alcoholic father. Shawcross was a young victim of torturous incest at the hands of his mother and sister.

The point, of course, is that the more society neglects its children the more of them could grow to become criminal predators. There are volumes of research on how neglected and abused children can develop into damaged adults who cause violence and death to others – just like Charles Manson. Just like Bundy, Gacy, Shawcross and countless others.

Statistics from the prestigious Radford University Serial Killer Data Base show that since the glut of serial killers and their victims* in the 70’s and 80’s the numbers have consistently gone down.

Could this be due, in part, to our deeper understanding of childhood development and the need for early positive nurturing? Maybe the Women, Infants and Children’s program to promote better nutrition and health for the underprivileged had something to do with the decrease. By 1974 the WIC program was fully established in 45 states helping to feed the bodies and minds of the most vulnerable. Maybe it has to do with the rise in household  income over the years, the increase in the number of college graduates or the lower birth rate.

I don’t know the answer to these questions or what has caused the numbers of serial killers and their victims to go down over the decades. But I do know we still have a crime problem in this country.  The FBI reports there were 17,250 murders last year. 95,730 rapes and 1.2 million violent crimes.

The passing of Manson makes me wonder if we’re doing all we can to eradicate miserable childhoods, gang activity and the frightening increase in the murder rate we see in many American cities these days.

I’m afraid the answer is no.