Football is proven to be dangerous to an athlete’s health. Why isn’t it regulated?

Our government – both state and federal – has countless laws and regulations designed to keep citizens safe and healthy. From safety standards on the foods we eat and the cars we drive to laws governing workers in coal mines or those who handle hazardous materials like asbestos or formaldehyde.

But there is one obvious health hazard the government has shied away from regulating.

It is the danger inherent in contact sports – like hockey, soccer, rugby and, especially, football — that has been shown to cause a type of brain damage called chronic traumatic encephalopathy or CTE in huge numbers of athletes.

This debilitating disease is caused by repeated blows to the head and it, literally, clogs the brain’s crucial pathways with a protein that results in extreme behavior changes like mood swings, memory loss, confusion, a aggressive rages, depression, anxiety and, in some cases, suicide have been reported.

To my mind there is no bigger culprit than the National Football League. The NFL has spent decades marketing and glorifying the game as the king of sports, an activity that all red-blooded American kids should embrace and emulate. Through its skillful cultivation of fans, the league insures generations of future devotees.

As we enter another football season the NFL is on track to rake in $14 billion this year. Fanatic fascination with football and the NFL’s massive financial sway have helped protect the league from outside interference. Even though we live in a time when Uncle Sam seeks to regulate all manner of our daily lives this lucrative league with its all-too-willing players continues to dodge the regulation bullet.

I’ve never been for more government interference but I dare say if any other industry put its employees at such proven risk lawmakers would be racing to introduce new laws. There is no doubt football is dangerous to a player’s health.

Scientists at Boston University’s School of Medicine have now conducted two major CTE studies which should send a shudder down the spine of every parent with a kid who wants to play football.

Most recently a team led by Dr. Ann McKee examined 111 donated brains from deceased NFL football players. (CTE can only be diagnosed during autopsy) They found only one brain was CTE free. Think about that. 110 of 111 who participated in this head butting, bone jarring career left the game in a mentally disabled state.

In the most recent study, McKee’s team examined a total of 202 brains from football players from all levels of the game. The conclusion was stunning even for those who only played in school.

Nearly 88% of all the brains examined had CTE. 3 of 14 donors who had played football only in high school had the disease. An astounding 48 of the 53 college players had CTE riddled brains. The disease had also struck 9 of 14 semi-pro players and 7 of 8 Canadian Football League players.

McKee’s team reached a similar finding in a 2015 study. Back then, the brains of 91 former NFL players were examined and 87 were afflicted with CTE. After that study was made public even the NFL’s top health and safety official admitted to congress that CTE and professional football go hand-in-hand.

Dr. McKee’s conclusion, “This disease is much more common than we previously realized.” Yet we have left it to the very industry that creates these tragic cases to police itself? Really.

A federal court established and is overseeing a billion-dollar NFL fund to help players who prove the game caused a wide range of afflictions. In addition to covering damages due to CTE the league has agreed to compensate for those diagnosed with Parkinson’s, Alzheimer’s, dementia or A.L.S.

This further proves my point. Any profession that causes that many serious health issues should not be allowed to operate without some sort of outside oversight.

The NFL now proclaims it is committed to protecting players and to “create a healthier experience for athletes” but science proves that over the years the mega-lucrative league has done a lousy job. The deadline for a player to sign up for possible compensation under the so-called Concussion Fund was last month. So far,12thousand NFL players have registered, most still waiting for their medical evaluation. Only two have received settlements.

To be fair, the NFL has instituted a few rules changes designed to make the game safer. Adding more safety rules might make for a less exciting game but I wonder at what cost do we allow the status quo to continue? What about incoming players not covered by the Concussion Fund? 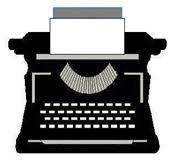