This column is dedicated to issues of crime and justice. But this time of year, it seems out of place to talk about murders, wrongful convictions, child abuse, the scourge of drugs and all the other topics I usually opine about in this space.

Because this is the pre-Christmas season, I’d like this column to be about families with children – all families – even if they don’t look like yours.  This is also a column about meaningful journalism.

The Marshall Project, which also focuses its publication on crime and justice topics, recently ran a deep-dive look into the unintended consequences of The Adoption and Safe Families Act. What their reporters found was disturbing. 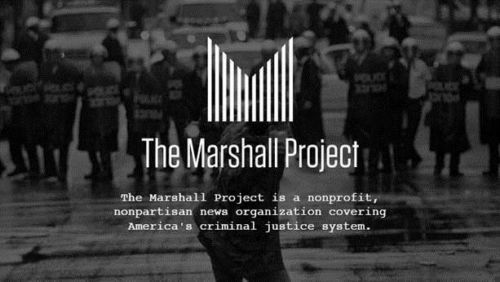 A bit of background about the legislation. It was passed in 1997 and requires any child held in foster care for more than 15 months be put up for adoption. The idea behind the Act, which is still in effect today, was to strip unworthy parents of their parental rights and place their vulnerable children into a stable home as soon as possible. Up until that point courts had followed a 1980 dictum to “make all reasonable efforts” to reunite children with their biological families, oftentimes without regard to whether that was really the best or safest place for the child.

The 1997 Act gives incentives to states that increase their adoption numbers.  For each child adopted above the previous year’s number the state gets $4,000.  The amount goes up to $6,000 for each adoptee who is older or physically or emotionally disabled.  This award is a mighty inducement to states that seek ways to reduce their foster care costs. So far the feds have given out more than $630 million dollars in bonuses.

The unintended consequence of the Adoption and Safe Families Act hit incarcerated parents particularly hard since get-tough sentencing often results in prison terms longer than the adoption trigger point of 15 months. Single mothers with no relatives to take their children are affected most often, although father’s rights have been revoked too.  For these people it is a double whammy – a prison term plus the pain of losing their children.

Now, you might say that any parent who gets themselves sentenced to prison is unworthy of consideration. But you’d be surprised at some of the backstories of those who have lost the right to see their children after being convicted of even minor crimes.  The Marshall Project’s in depth investigation into this problem begat an article entitled “How Incarcerated Parents Are Losing Their Children Forever” and included heart wrenching personal stories.

One North Carolina woman with four children wrote bad checks and fraudulently applied for federal disaster relief after Hurricane Floyd destroyed her trailer home. She did it just to get by, she said, and had never faced any child abuse or neglect charges. Her oldest child went to live with her father while her three toddlers were adopted out.  The woman was banned from seeing them again.

“I know what I did was wrong, and I had to pay the price for my actions,” she said. “But this is the most extreme price there is.”

Losing parental rights has happened to thousands of parents and has become almost routine. A Philadelphia woman, sentenced to just under 15 months for receiving stolen property, had to shout from the back of the courtroom at a judge who was just about to terminate her parental rights, “(Their) mother is sitting right here! I’m here!” She got to keep her children.

After the Marshall Project analyzed some 3 million child welfare cases from across the country they realized a most startling fact:  incarcerated parents who have not been accused of neglecting, abusing or endangering their children (or even drug or alcohol abuse) are more likely to have their parental rights yanked than those who have physically or sexually assaulted their children. Imagine, someone who has sexually abused their own kid has a better chance of maintaining their rights as a parent than someone who forged a few checks.

It is a fact that some people should never have children. They are not equipped, not responsible enough and some are simply career criminals. Their offspring should be given a better chance at life through adoption.  But something is clearly wrong with the bigger picture.

Laws get passed, laws get enforced and when we clearly see the flaws in those laws it is imperative that the situation be fixed.   An “incarcerated parents’ bill of rights” is expected to be introduced in Congress soon by Rep. Gwen Moore (D-Wi.) It should be passed for the sake of these children who deserve to have a relationship with their parents.

After all the complaints we’ve heard about the 2020 election wouldn’t you like to know ...