We should all have a profound respect for our jury system. In a justice system that is obviously not perfect, average citizens put their lives on hold to serve as jurors so defendants get a fair shot at impartiality. Jurors act as a counter balance to attorney’s legal maneuverings as they apply their common sense to the proceedings.

But in a world where defense attorneys use every trick in the book and bend the meaning of “reasonable doubt” beyond all comprehension jurors can sometimes be led off the path to justice. I have sat in many courtrooms and watched this process first hand.

Take the case against Cesar Gonzales-Mugaburu. The complaints about his behavior began as early as 1998. Authorities got disturbing reports that the single foster father may have been sexually abusing young boys placed in his care. But over and over again – during at least 18 separate child abuse investigations – no action was taken against this foster parent. Officials continued to send Gonzales-Mugaburu even more children. Later, it would be said, there had been a breakdown in communication between the various agencies tasked with keeping the children safe.

Over the years, Gonzales-Mugaburu took in a total of 106 young boys, by describing himself as especially suited to handle the needs of the mentally challenged and physically handicapped. He received up to $18,000 each month to care for them.

In Marc 2016, Gonzales-Mugaburu, 60, was arrested on charges that he physically and sexually abused eight of his wards, children as young as 8. The District Attorney of Suffolk County, New York made it clear he would like to have filed even more charges but the statute of limitations made that impossible.

At trial all  eight accusers – ages 16 to 29 – tearfully testified. They told the jury heartbreaking stories of trying to get help from school guidance counselors, visiting social workers and neighbors. They testified to repeated acts of emotional and sexual abuse against themselves, the other boys and even the family dog. One testified he was locked in his room for a month at a time, stripped of his hearing aids. Their jarring testimony deserves more space than is allowed here but according to almost everyone in the courtroom their stories were intense, detailed and so similar as to prove the defendant’s modus operandi.

Gonzales-Mugaburu always maintained his innocence. His attorney Donald A. Mates Jr. told the jury, “This crazy story that you heard is just that.”

As Mates pointed out to the jury, the state continued to assign more boys to the Gonzales-Mugaburu home, didn’t they? And since the accusers were “troubled boys,” they were likely to make up stories. Mates also told the jury the accusers were likely motivated by money and mentioned that they would probably sue the agencies responsible for placing them in that home. Mates waved the “reasonable doubt” flag over and over.

The jury bought it. After a five-week trial Gonzales-Mugaburu was acquitted of all charges.

The jury foreman, Tim Carney, told reporters after the verdict that he tended to believe the boys testimony but, “I could not put a man away for the rest of his life on what they gave us, the evidence they produced. There was nothing ever to back them up.”

To this veteran court watcher this outcome underscores two flaws within the justice system. First, that judges do not adequately explain – in layman’s terms – what reasonable doubt is. As one of my former Court TV colleagues once explained it to me, “A lawyer might tell a jury that the sun will not come up tomorrow. But common sense tells them that is not so.” In other words, our system relies on the common sense of jurors.

The second flaw, to my mind, is that prosecutors don’t – or are not allowed by the judge – to explain to jurors the psychological mindset of child sex abuse victims. Their stories don’t spill out all at once in a coherent narrative. They gradually reveal their horrors, watching to see how adults react to each disclosure. And experts say that young boys who have been sexually assaulted are the most reticent to reveal, often never telling what happened lest their manhood be questioned. 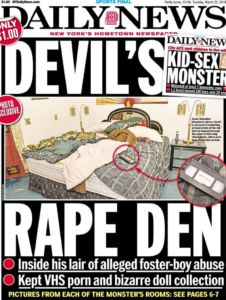 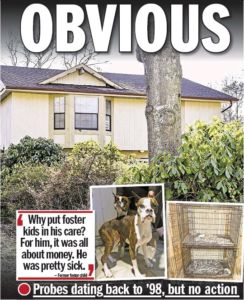 Eight males the prosecution called “victims” told their stories to the Gonzales-Mugaburu jury. An ex-police officer neighbor testified that starving boys would come to him for food, locked outside for hours in the snow by their foster parent. Yet the jurors apparently wanted corroboration? Like an eyewitness to sexual activity? Physical scars proving the allegations? A school counselor who would admit to hearing a boy’s plea but ignoring it? None of that would ever happen outside a TV crime drama. There are few Perry Mason moments in a sex abuse trial. Common sense must prevail.

I don’t like to question a jury’s verdict, because they alone, heard all the evidence and carefully deliberated. But this time I fear this jury may have unplugged their common sense.